Topics
THE CASE FOR INDIA - ENGLISH - WILL DURANT

Reviewer: venkataramans - favoritefavoritefavoritefavoritefavorite - March 20, 2018
Subject: Heart fealt account of India by Western Thinker as early as 1930
Every Indian of this age should read this book. Little extract as a teaser for reading the book.
THE CASE FOR INDIA FOR INDIA
By Will Durant (intro of the book)
This (IndianCivilization), evidently, was not a minor civilization produced an inferior people. It ranks with the highest civilizations of history, and some, like Keyserling, would place it at the head and summit of all. When, in 1803, the invading British besieged the Fort at Agra, and their cannon struck near the beautiful Khass Mahal, or Hall of Private Audience, the Hindus surrendered at once lest one of the most perfect
creations of the human hand should be ruined like Rheims. Who then were the civilized? The British conquest of India was the invasion and destruction of a high civilization by a trading company utterly without scruple or principle, careless of art and greedy of gain, over-running with fire and sword a country temporarily disordered and helpless, bribing and murdering, annexing and stealing, and beginning that career of illegal and "legal" plunder which has now gone on ruthlessly for one hundred and seventy-three years, and goes on at this moment while in our secure comfort we write and read.

When the British came, India was politically weak, and economically prosperous. The Mogul dynasty, which had so stimulated art, science and literature in India, came to the usual fate of monarchies in 1658, when Shah Jehan, builder of the Taj Mahal, was succeeded by his fanatical son, Aurangzeb. For almost fifty years this Puritanic emperor misgoverned India; when he died his realm fell to pieces, and petty princes set up their rule in numberless divided and "sovereign" states. It was a simple matter for a group of English buccaneers, armed with the latest European artillery and morals, to defeat the bows and arrows, the elephants and primitive musketry of the rajahs, and bring one Hindu province after another under the control of the British East India Company.

Those who have seen the unspeakable poverty and physiological weakness of the Hindus to-day will hardly believe that it was the wealth of eighteenth century India which attracted the commercial pirates of England and France. 'This wealth/' says Sunderland, was created by the Hindus' vast and varied industries. Nearly every kind of manufacture or product known to the civilized world-nearly every kind of creation of Man's brain and hand, existing anywhere, and prized either for its utility or beauty- had long, long been produced in India. India was a far greater industrial and manufacturing nation than any in Europe or than any other in Asia. Her textile goods- the fine products of her looms, in cotton, wool, linen and silk-were famous over the civilized world; so were her exquisite jewelry and her precious stones cut in every lovely form; so were her pottery, porcelains, ceramics of every kind, quality, color and beautiful shape; so were her fine works in metal-iron, steel, silver and gold. She had great architecture-equal hi beauty to any in the world. She had great engineering works. She had great merchants, great businessmen, great bankers and financiers. Not only was she the greatest ship-building nation, but she had great commerce and trade by land and sea which extended to all known civilized countries. Such was the India which the British found when they came.
It was this wealth that the East India Company proposed to appropriate 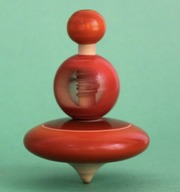